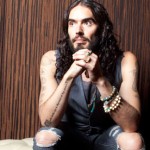 Russell Brand has become an enthusiastic advocate for the need to treat addicts through rehabilitation programmes. Photograph: Karen Robinson For The Observer/Karen Robinson

Russell Brand has no compunction about calling himself a junkie. “When it comes to the disease of addiction I’m no different from any other addict,” he says.

The 37-year-old comedian was hooked on heroin during his 20s, eventually becoming clean through an abstinence-based recovery programme in 2002. But, in a BBC3 documentary to be aired on Thursday, he admits that he still struggles with his drugs cravings every day. In Russell Brand: From Addiction to Recovery, he is shown watching old footage of himself smoking heroin and admitting: “I’m jealous of me then.”

Brand told the Observer: “Without abstinence-based recovery, I’m a highly defective individual, prone to self-centredness, self-pity and self-destructive, grandiose behaviour. But if I seek the company and fellowship of other addicts and alcoholics – and, for me, alcoholism is no different from other facets of addiction – then, one day at a time, I have a chance of living free from this disease. I wouldn’t be able to do it without that.”

Brand has become a high-profile advocate for the need to treat addicts through rehabilitation programmes, with the ultimate aim of making them drug-free. Current government policy is to prescribe users methadone, a synthetic opioid, in the hope that they will gradually be able to reduce their intake of illegal drugs without experiencing traumatic withdrawal symptoms.

“We might as well let people carry on taking drugs if they’re going to be on methadone,” Brand says. “Obviously it’s painful to abstain, but at least it’s hope-based.”

According to a report published last year by the Centre for Policy Studies, a rightwing thinktank, the annual cost of maintaining methadone treatment and paying benefits to Britain’s 320,000 problem drug users is estimated at £3.6bn.

Abstinence-based recovery programmes are more expensive upfront, but Brand argues the cost would be recouped by the subsequent fall in crime levels and prison populations once addicts are free of their habit. Results are patchy, however. The national average for post-rehab recovery is under 30% six years after treatment.

“It’s not enough to legislate against taking drugs,” Brand explains. “We should aim to regard this as a health issue rather than a criminal issue … That’s why I suppose decriminalisation is important – I don’t see it as a central tenet of what we’re trying to do, but I suppose attitudinally it’s significant.”

What about those critics who claim that by labelling drug addiction as an illness, users are shirking individual responsibility? “If you say people that have polio are weak and shouldn’t be given crutches or medicine, it’s not a very kind way to regard a problem,” Brand replies.

He insists that addiction can be tackled only by addressing the root causes. For Brand, drugs were an escape from a troubled upbringing: the child of divorced parents, he was sexually abused by a neighbour at the age of seven and suffered from bulimia in his teens. There was, Brand says, “an emptiness inside, a sadness, a loneliness, an unaddressed pain at the core of alienation. Unless you have some mechanism to deal with that, I think you’ll deal with it with various forms of anaesthetic, starting with drugs and perhaps ending with shopping.

“I know it must sound absurd to people who aren’t drug addicts, but it just seemed preposterous the idea of not taking drugs. I couldn’t imagine a coping strategy outside of it and that’s why there does need to be programmes … The recovery is contingent upon unity [with other addicts]. I think that’s a key component. I don’t think it’s something we can do on our own.”

Brand was put on a recovery programme after his agent, John Noel, found him taking heroin in the toilet at an office Christmas party 10 years ago. Brand checked into Focus 12, an independent charity that runs a 12-week rehabilitation programme in Bury St Edmunds, Suffolk, overseen by chief executive Chip Somers, who is himself a former heroin addict.

Somers says: “The beauty of the methadone programme is that it’s really easy. You just dish it out. End of story … It’s a way of shutting up a large population of drug addicts and keeping them out of the way instead of having to engage with people and do things differently.”

Brand believes that politicians struggle to understand the true nature of addiction: “I think this issue, perhaps like no other, represents a disjunct between the government and the people they govern.”

In April, Brand appeared in front of a home affairs committee examining government drugs policy and called for “more compassion” in the way we treat addicts. He is on record as never having voted – does he believe his intervention made a difference?

“I think it was probably part of the spectacle of pretending to do something about it.

“But we’ll see, won’t we? Because perhaps legislation will change.”

Did any of the MPs ask for his autograph?

“Keith Vaz did,” says Somers. “He said: ‘My daughters will never forgive me if I don’t get your autograph.'”

There is a pause, then a grin: “I don’t blame them because when you’re dealing with addicts, they are total arseholes. But they’re here to stay, so we’ve got to find a system of dealing with them.”

At the nadir of his own addiction, Brand admits he was “a nightmare” to be around. He lost friends, money and jobs (he was sacked from his first presenting role for MTV when he came to the studio the day after 9/11 dressed as Osama bin Laden). What was the worst thing he did to feed his addiction?

Yet heroin held – and continues to hold – an allure. When asked to describe the drug to someone who has never experienced it, he recounts an occasion when he accidentally heated the swimming pool at his home in Los Angeles.

“I’d been working out and expected to jump into a cold swimming pool,” he says. “I jumped in and it was hot. And when I was going into it, it was like this sort of involuntary, contorting, releasing spasm. I just drifted around, floating listlessly and lifelessly underwater in uteral bliss: pre-birth, pre-every single problem you ever had; before the negative coding and the nonsense lands in your mind, there is perfect, snug, brown bliss.”

There is a brief moment of silence.

“A heated swimming pool,” he says, with a derisive shake of the head. “I’m so out of touch.”